Struggles in Common – May 18th

What is the political significance of the commons today? 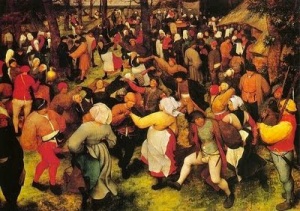 A day of talks and discussions with acclaimed historian Peter Linebaugh, author of The Magna Carta Manifesto

Across Europe, the dominant response to the financial crisis has been an attack on social life. National governments have adopted policies of severe austerity, resulting in cuts across all aspects of social welfare (health, education, payments to the unemployed) as well as the privatization of public resources (third level education, water, transport). While these policies are carried out by elected governments, they reflect the erosion of democracy and the concentration of power in the hands of financial and European elites.

Against these attacks, people have sought to defend their social rights and the non-market value of vital public resources and services. Recognizing the double crisis in the economy and democracy, alternative social and political experiments have thus emerged. These experiments have recalled the history of the commons and the radical promise it holds for a future beyond the state and capitalism.

This day-long event brings together collectives and individuals involved in excavating the history and contemporary significance of the commons. The purpose is to share our experiences and knowledge in order to develop the concept of the commons in a manner which is directly related to the present political conjecture. The event includes a talk by acclaimed historian Peter Linebaugh and contributions from research collectives based in Spain, Ireland, USA and the U.K.

This event is open to the public and admission is free but booking is advised.

Peter Linebaugh is Professor of History at the University of Toledo. He is the author of The Magna Carta Manifesto and co-author (with Marcus Rediker) of the Many-Headed Hydra: The Hidden History of the Revolutionary Atlantic. He is also a member of the Midnight Notes Collective.

Observatorio Metropolitano are an activist research group formed by activists and professionals from different fields. They provide critical analyses of the fundamental lines of transformation in the contemporary metropolis. Their most recent book is Crisis and Revolution in Europe. http://www.observatoriometropolitano.org/

Plan C is a UK based political organisation made up of people who are politically active in their workplaces and communities. They work together to support each other, amplify their struggles and think strategically. http://www.weareplanc.org/

Seoidín O’Sullivan is an artist and educator. Her case studies focus on people joining together in action to protect or develop an aspect of their local commons. Her work addresses issues of land use, lost knowledge and biodiversity.

The Free Association are a writing collective loosely based in Leeds. They are the authors of Moments of Excess. http://freelyassociating.org/

The Provisional University are an autonomous research and educational collective based in Dublin. They carry out research and organize educational activities which strengthen social movements and create discussion outside the academic institution. https://provisionaluniversity.wordpress.com/

This event is connected to the Commons Reading Seminar which we have held this year in GradCam. GradCam have also part sponsored the event.

← International action in solidarity with the PAH
freeassociationbooklaunch.jpg →